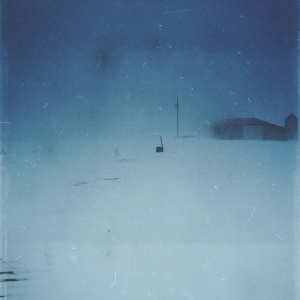 On the American plains in the midwest in the mid 19th century it was commonplace for farmers to hear stories of farmers working in the fields when a whiteout blizzard appeared on the horizon. These storms were known to swallow up vast farmlands in a matter of minutes, and there were countless tales of farmers who died in their own yards unable to find their way in the midst of the storm. Many of them, less that a hundred yards from safety, never found their way home.

With this warning in mind, many of them learned that when the weather was still good, they needed a lifeline. They would fasten a rope from their porch to their barn. The rope would lead them home when they could not see where to go or which way to turn.

Likewise I can recall stories of people that I have known that that, when the storms have descended upon their lives, they were spiritually lost. I can’t count on both hands the number of people that I have seen who’s faith has died in the midst of storms. When skies were calm they seemed to live with such spiritual ease and surety. But when things went dark, they were lost. Their bodies lived on, but their faith was abandoned and left to die in the place where the storms arose.

Many people never fathom that life can turn very dark in the blink of an eye. That loss will come their way. That great pain and confusion will arise.  That you might suddenly find yourself alone in a terrible storm.

This is typical of the young people and families that I work with. They are immortal, and nothing bad will ever happen. The thought is never entertained that storms will arise, and no preparation is made for the storms of life.

Your soul needs a rope.

You must build that rope through regular spiritual intake. The regular practice of spiritual disciplines, the quietness of solitude and meditation on scriptures and the teachings of Christ, a routine practice of sabbath. These are the things that will lay the groundwork for the path that your soul will take when things are dark.

Our regular practices during peacetime become habitual responses in times of conflict. A person will always long to return to the place where it has learned to gleam nourishment. And in the midst of the storm, the unfed soul will wander to and fro aimlessly looking for answers and finding nothing.

In 1873 Horatio Spafford received a telegram from his wife that would have slain the soul of many-a-man. He was a real estate investor in Chicago, successful by any standards. Two years earlier he had lost his only son to typhoid fever, and the following year lost every bit of real estate he owned in the great Chicago fire. He sent his wife and daughters home to England the following year while he stayed back and focused on rebuilding his life. Two weeks later he received the message that would change everything:

“Saved alone. What shall I do?”

The ship had suffered tragedy and went down with his remaining children, leaving only his beloved wife.

Spafford quickly boarded a ship headed for england and as he passed over the very spot where his daughters had perished, he penned the words of the famous hymn “It Is Well With My Soul”.

“When peace, like a river, attendeth my way,
When sorrows like sea billows roll;
Whatever my lot, Thou has taught me to say,
It is well, it is well, with my soul.”

Needless to say, this was a man who had prepared his soul, who had strung a rope to lead himself home again in times of storm and peril. And when those times came, he found his way to the comfort and safety and nourishment of his savior. He was able to drink of that well and his soul, though undoubtedly damaged and scarred, survived.

I wonder if mine would do the same, or if it might simply die in the storm. I wonder if my faith would survive, or if I would leave it behind.

The salvation of your soul is not just about the afterlife. It is about the present life. Salvation means healing and deliverance at the deepest level of who we are in the care of God through the presence of Jesus.

Sooner or later, your world will fall apart. For some of you, like Horatio Spafford, it will happen while you are still alive… but for most it will happen when we die. What will matter then is the soul you have constructed. It will be what you are left with. Your empires might fall, your loved ones, your accomplishments and your riches might be lost. But your soul will remain.

If you focus on building your life alone, then you will run the risk of losing everything. But if you build your soul, you will find that your life is filled with all of the things that you have always wanted. In addition, your soul and your life can be a light that others will find direction in, and a rope that can lead them, and yourself, home again.

Matthew 16:26
“For what will it profit a man if he gains the whole world and forfeits his soul?” ~ Jesus of Nazareth.